Timeline: The history of Apple since 1976 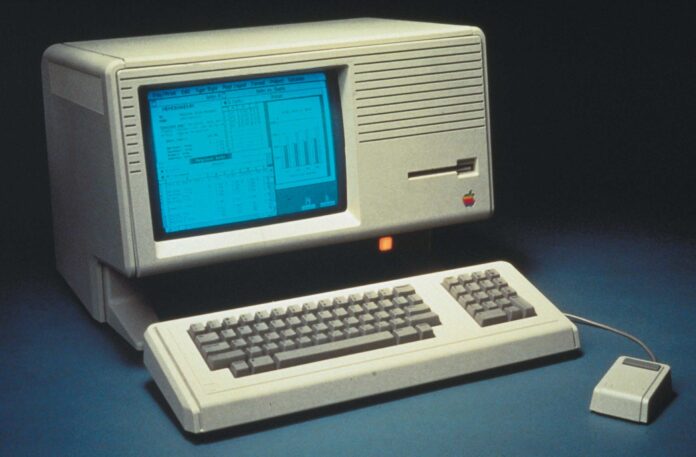 This timeline details Apple’s history – from the company’s founding on April 1, 1976, to Steve Jobs’ departure in 1985, his return in 1997, his triumphant product presentations, his death in October 2001, and his continuation at Apple under his successor, Tim Cook.

Steve Jobs, Steve Wozniak and Ronald Wayne, with the help of venture capitalist Armas Clifford “Mike” Markkula found Apple Computer to market the Apple I. Wayne drops out after a few weeks because he doesn’t want to take the risk as a family man.

In May 1976 “Woz” presents the Apple I at the meeting of the Homebrew Computer Club. The computer costs later $666.66. Paul Terell, head of the chain Byte Shop places 50 orders alone. In total, about 200 devices are sold.

In April 1977, Apple launches the Apple II. The Apple II series was an open system, which means that all essential construction details were published. This construction principle was later copied by IBM and marketed as the IBM PC. The Apple II became the first microcomputer to be widely distributed. It cost $1,295 at launch.

A research project for a new low-cost computer is started under the direction of Jef Raskin. This would later become the Macintosh project. Raskin leaves Apple in 1982, even before the Mac was launched, because he would not accept Steve Jobs’ meddling.

Steve Jobs and his team at Apple visit the legendary research institute Xerox PARC, where they see several novel technologies. These include the Xerox Alto, the first personal computer with a graphical user interface, the computer mouse, and object-oriented programming.

Specifications for the Apple Lisa are developed. It includes several features that Apple employees have seen at Xerox PARC.

IBM introduces its PC. Apple “welcomes” IBM to the PC market in an ad.

Jef Raskin quits after being pushed out of the Macintosh project by Steve Jobs.

At Apple, the previously competing Lisa and Mac divisions are merged.

In April, Steve Jobs convinced Pepsico president John Sculley to join Apple. “Do you want to sell sugar water for the rest of your life, or do you want to take a chance and change the world?” was Jobs’ legendary question, which ultimately won Sculley over as Apple CEO.

In order to qualify for the Cannes Advertising Film Festival, Apple had the famous Big Brother commercial for the Mac in December 1983 on TV station KMVT in Twin Apple Lisa (1983) Falls (Idaho). On January 22, 1984, six weeks later, the commercial then aired during a commercial break in SuperBowl XVIII. The ad not only cleared Cannes, but was repeatedly aired by TV stations in the news. The Chiat/Day agency calculated that the “1984” spot generated over five million dollars worth of free publicity.

Apple launches the “Test a Mac” promotional program. Prospective customers can take a Mac home from a retailer for 24 hours to try it out, free of charge. Although the promotion was unique and innovative up to that point, the program does not show the desired success. For one thing, too few Macs are initially available. And many customers do not bring the computers back to the stores in perfect condition, incurring significant repair costs.

April 24, 1984: The Apple IIc is introduced. With the different Apple II series, Apple does the main part of its business.

Sales of the Mac falter because too few applications are available. After a power struggle with then Apple CEO John Sculley, Steve Jobs is relieved of his operational duties. Jobs leaves Apple and founds the computer company NeXT Inc. and uses the proceeds from stock sales to buy Lucas Film’s animation division, creating Pixar.

“AS YOU KNOW, THE COMPANY’S RECENT REORGANIZATION LEFT ME WITH NO WORK TO DO AND NO ACCESS EVEN TO REGULAR MANAGEMENT REPORTS. I AM BUT 30 AND WANT STILL TO CONTRIBUTE AND ACHIEVE.“

— Steven P. Jobs in a letter to Mike Markkula

The Apple Lisa is discontinued. Some models are converted and sold as the Mac XL.

Microsoft licenses some of the Mac technologies to develop its Office package for the Mac. At the end of 1985 Microsoft publishes its first Windows version 1.01.

The installed base of Mac users grows to 1 million users.

In August 1987, Microsoft releases its first version of Windows, but it is virtually unusable.

The greatly improved Windows 2.03 is released.

Microsoft prevails in court in 1992 and also wins the appeal two years later. In 1995, the US Supreme Court confirms the rejection of the appeal.

Xerox sues Apple over the user interface of the Mac and the Apple Lisa. The suit is dismissed a year later.

Apple Computer is also sued by Apple Corps Ltd, the Beatles’ record label, for trademark infringement. In 2006, the Beatles initially lose. In 2010, the adversaries come to an agreement. The agreement stipulates that in the future, California-based Apple Inc. (formerly Apple Computer Inc.) will own all rights to the “Apple” trademark and the apple logo and will license some usage rights from the Beatles’ record company Apple Corps Ltd. in return.

Apple disposes of unsold models of the Lisa in a landfill in Logan, Utah.

Apple introduces the Macintosh Portable. The device weighs about seven kilograms and was initially shipped without a backlight on the screen. As a result, the Portable barely lived up to its name and did not sell well.

Steve Jobs launches the NeXTstation for 4,995, a year after introducing the NeXTstep OS operating system

Apple draws conclusions from the portable debacle and launches the much lighter and more compact PowerBook 100, the first true Mac notebook.

Apple sets new standards with the subnote family PowerBook Duo. A docking station ensures that several interfaces do not have to be present in the PowerBook Duo itself in order to save weight and space.

Apple and Novell launch the “Star Trek” project, which aims to get the Macintosh operating system running on Intel hardware. A first proof of concept is created. However, the project is abandoned in 1993.

Apple delivers the first Power Macintosh models. These computers no longer contain a 680×0 processor from Motorola, but the more modern PowerPC chips produced by Motorola and IBM.

Apple launches the Apple Newton PDA at the Macworld Expo in Boston in August 1983. The futuristic device proves to be little success in business because important features such as handwriting recognition work only moderately. The Newton flop also undermined Apple CEO John Sculley’s position of power.

Michael Spindler, who is called “The Diesel” at Apple, replaces Sculley as Apple’s chief executive. Sculley remains chairman for now.

The first “DOS-compatible” Mac, the Quadra 610, is introduced. It contains a second motherboard and other components to run DOS and early Windows versions in parallel to the Mac OS. This is followed by a handful of Macs that are also “DOS compatible”.

Apple licenses its operating system Mac OS to selected Mac clone manufacturers like Power Computing or Umax, with Apple retaining control over key components of the hardware design used by the licensees.

Code-named “Copland”, this is Apple’s first attempt to replace its aging operating system.

In the operating system version, Mac OS 7.5 Apple introduces the tools Mac Easy Open and PC Exchange. They allow the exchange of floppy disks and files with PCs running DOS or Windows.

The PowerBook 1400 becomes the first Mac notebook to ship with an internal optical drive.

Apple freezes development of Copland and begins searching for companies that can provide a technological foundation for the next generation of an operating system. The company Be Inc., which had been founded by former Apple manager Jean-Louis Gassée, is shortlisted. The company had developed the BeOS.

Apple introduces the Power Mac G3. It is the first Mac with the PowerPC G3 processor.

To mark the twentieth anniversary of Apple’s founding, the Twentieth Anniversary Mac is released. In an all-in-one design, Apple installs an LCD flat-panel display for desktop Macs for the first time. The anniversary Mac costs a whopping $7,500. For that, customers get a setup through a concierge service. Later, the price of the “Spartacus” drops significantly.

Apple surprisingly decides against BeOS and takes over NeXT in order to use the NeXT operating system OpenStep as a basis for its own new operating system. This deal also brings Steve Jobs back to Apple, initially as a consultant.

Apple announces Rhapsody, the code name for the new Mac OS based on NeXT OpenStep, for developers.

Apple releases Mac OS 8, the name it originally intended to use for the Copland system. Since the clone license agreements are tied to Mac OS 7.x, this move marks the beginning of the end of the Mac clone era.

Gil Amelio resigns as Apple CEO and makes room for Steve Jobs at the top of the company.

Steve Jobs transforms Apple’s offerings, saying goodbye to products like the Apple Newton and introducing the iMac as the cornerstone of Apple’s product line. It is the first Mac with a USB and SCSI port. Umax discontinues the last Mac clone, the SuperMac.

The Power Mac G3 Blue & White is introduced. The clever tower design with an easy-open latch, the Mac as easy as upgrade or repair.

The first iBook picks up the colorful design of the iMac and is designed to strengthen Apple’s position in the market.

The first iMac (1997) in the education market again.

The Macintosh hardware comes with a multimedia software package: iMovie was first introduced in October 1999, which made it convenient to edit home videos. Later came iDVD for semi-professional DVD productions. With iPhoto, Garage Band and iWeb, the iLife package was then put together: The Mac thus evolved into the “hub” of the digital life.

In Memoriam: Steve Jobs and the Future of Apple

The History of the Apple Macintosh

Archrival and Knight in Shining Armor: Microsoft’s Relationship with Apple

Mac-History is a private, non-for-profit project from Christoph Dernbach in Berlin, Germany. The project is in no way affiliated with Apple Inc. Apple, the Apple logo, Macintosh, iPhone, iPod, iPad, AirPod, HomePod, iCloud, iTunes are registered trademarks of Apple Inc.