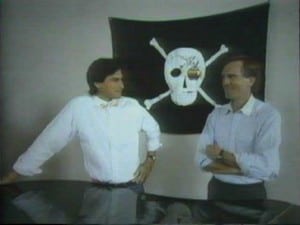 The Apple Macintosh had not been a success from the outset. The hardware was not designed particularly generously for the requirements of a graphical user interface. Especially the main memory had been calculated rather tightly. Moreover, there was no hard disk for the Mac at that time. In addition, there was a lack of appropriate software. 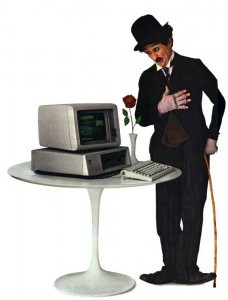 The Mac lacked the applications that dragged the Charlie Chaplin figure across the screen box by box in the IBM’s advertising spot for the PC. Therefore, Guy Kawasaki and other “Software Evangelists” of Apple made an effort to convince the developers of other software companies to write programs for the Mac. The Mac’s ROM, which had been calculated far too narrowly at 128 kilobytes, did not make this a simple task. Not until the “Fat Mac” with 512 kilobytes was launched one year after the first Macintosh had this narrow bottleneck been removed.

The problem came to a head when by the beginning of 1985, the Macs that had not found purchasers during the Christmas sales of 1984 were piling up in storage. Apple had to publish the first quarterly loss in the company’s history and release a fifth of the staff. During a marathon meeting on April 10 and 11, 1985, Apple’s CEO John Sculley demanded to have Steve Jobs relieved of his position as an Apple vice president and general manager of the Macintosh department.

According to Sculley’s wishes, Steve Jobs was to represent the company externally as a new Apple chairman without influencing the core business. As Jobs got wind of these plans to deprive him of his power, he tried to arrange a coup against Sculley on the Apple board. Sculley told the board: “I’m asking Steve to step down and you can back me on it and then I take responsibility for running the company, or we can do nothing and you’re going to find yourselves a new CEO.” The majority of the board backed the ex-Pepsi man and turned away from Steve Jobs.

On May 31, 1985, Jobs lost his responsibilities and was shuffled off to the chairman position. In September, the Apple co-founder left the company with a few people in order to found NeXT Computer. “I feel like somebody just punched me in the stomach and knocked all my wind out. I’m only 30 years old and I want to have a chance to continue creating things. I know I’ve got at least one more great computer in me. And Apple is not going to give me a chance to do that,” Jobs wrote to Mike Markkula on parting. Ten years later, Steve Jobs also commented on his disempowerment with bitterness in the TV documentary “Nerds in the Valley” (1996): Jobs:

What can I say? I hired the wrong guy. – Question: That was Sculley?
Jobs: Yeah and he destroyed everything I spent ten years working for. Starting with me but that wasn’t the saddest part. I would have gladly left Apple if Apple would have turned out like I wanted it to.

Andy Hertzfeld, one of the Macintosh’s fathers, later recalled the events:

The conflict came to a head at the April 10th board meeting. The board thought they could convince Steve to transition back to a product visionary role, but instead he went on the attack and lobbied for Sculley’s removal. After long wrenching discussions with both of them, and extending the meeting to the following day, the board decided in favor of John, instructing him to reorganize the Macintosh division, stripping Steve of all authority. Steve would remain the chairman of Apple, but for the time being, no operating role was defined for him. John didn’t want to implement the reorganization immediately, because he still thought that he could reconcile with Steve, and get him to buy into the changes, achieving a smooth transition with his blessing. But after a brief period of depressed cooperation, Steve started attacking John again, behind the scenes in a variety of ways. I won’t go into the details here, but eventually John had to remove Steve from his management role in the Macintosh division involuntarily. Apple announced Steve’s removal, along with the first quarterly loss in their history as well as significant layoffs, on Friday, May 31, 1985, Fridays being the traditional time for companies to announce bad news. It was surely one of the lowest points of Apple history.

Hertzfeld mourned for Steve Jobs openly: “Apple never recovered from losing Steve. Steve was the heart and soul and driving force. It would be quite a different place today. They lost their soul.” In contrast, Larry Tessler, who had come to Apple from Xerox, refers to mixed reactions of the Apple staff: “People in the company had very mixed feelings about it. Everyone had been terrorized by Steve Jobs at some point or another and so there was a certain relief that the terrorist had gone but on the other hand I think there was an incredible respect for Steve Jobs by the very same people and we were all very worried – what would happen to this company without the visionary, without the founder without the charisma…”

It is an irony of computer history that, according to industry experts, the Macintosh’s breakthrough on the market was becoming apparent exactly at the time of Jobs’ disempowerment due to the Mac’s poor sales volume. The convincing the “Macintosh Evangelists” were doing gradually began to show results.

New software companies such as Aldus had made an effort to become acquainted with the details of the “Macintosh Toolbox” and written the first desktop publishing programs, such as PageMaker. In combination with the Apple LaserWriter and the page description standard PostScript (designed by Adobe), PageMaker turned the technology of the publishing sector inside out; it did even more when the Mac Plus with 512 kilobytes of ROM entered the market by the beginning of 1986. The Mac Plus even featured cursor keys on its keyboard, which had been resolutely rejected by Steve Jobs for the first Mac, since he intended to force the users to accept the mouse as an input device.

And it is also an irony of computer history that Jobs later saved the struggling Apple Computer company. NeXT’s subsequent 1997 buyout by Apple brought Jobs back to the company he co-founded, and he has served as its CEO since then.